View More
For the past couple weeks now Grouse Mountain has been home to three young birds of prey that have come over with the Birds in Motion Falconers.  These are young birds that are in training to become participants in flying demonstrations.  Being around people and activity is part of their training.  They need to be used to all of the sights and sounds of the mountain.
Like most babies, right now their priority is a lot of eating and sleeping!  They also love exploring their aviary and exploring outdoors as well.  There are two young Ferruginous Hawks and one young Golden Eagle.
Ferruginous Hawks are North American hawks that usually inhabit the arid and semi-arid grasslands of the mid continent.  They are related to the Red-tailed Hawks that we have here in British Columbia.  They have feathers that go all the way down their legs to their toes and have a very wide mouth that helps them swallow down large prey like gophers.
Golden Eagles are the largest bird of prey in North America.  They span all around the globe, however, in the northern zones of North America, Europe and Eurasia.  They are powerful hunters and have been known to take prey up to the size of small deer!  Their usual prey, however, are rabbits and hares.
These little guys are growing quickly!  Be sure to stop by and check out our Birds in Motion demonstrations - often the falconers will bring the young birds out after the demonstrations to introduce them to being in front of a crowd. 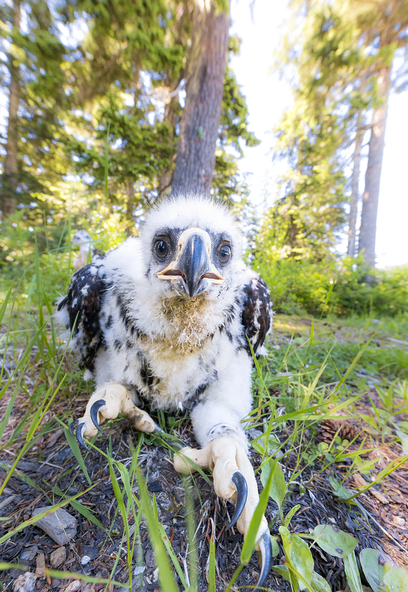 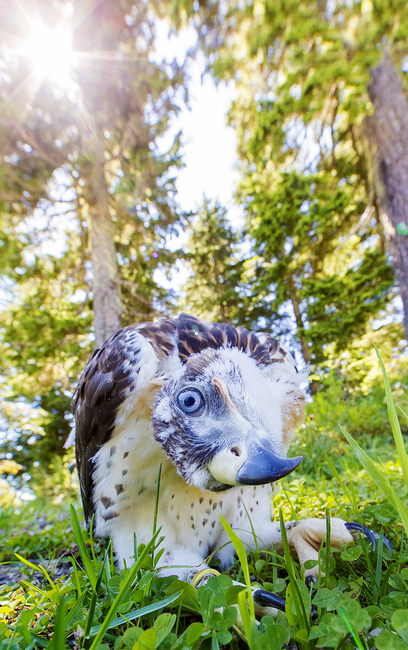