Please be aware that Altitudes Bistro will be opening later, December 4th, 2022  at 5pm. For information on activity status and dining options, please check Today on Grouse.

the peak of vancouver

Just 15 minutes from downtown, Vancouver's premier attraction offers the perfect destination for a truly rewarding and memorable experience. With a variety of cultural, educational and outdoor adventures to choose from, we look forward to helping you plan your next visit.
Grouse Mountain is located on the unceded territories of the Coast Salish peoples: the Squamish, Musqueam, and Tsleil-Waututh First Nations. We value the opportunity to live, work, and share experiences on their ancestral territories.
Most of Grouse Mountain's summer activities and winter activities are complimentary with a Mountain Admission ticket.
To learn more about Grouse Mountain's social and environmental commitments, check out our Blue Grouse Sustainability program.

Grouse Mountain was named by the first recorded hikers to reach the summit in October 1894. In those days, climbing Grouse Mountain was a three or four day epic journey - there was no bridge across Burrard Inlet and no road to the base. The hardy group of hikers slogged through snow, scrambled over rock and up through the dense forest. Along the way, they hunted a Blue Grouse and honoured the plentiful game bird by calling the Peak "Grouse Mountain".
Soon after this first ascent, Grouse Mountain began attracting hundreds of intrepid hikers. Among these were Don and Phyllis Munday who built the first log cabin on the mountain. Today, the Munday Alpine Snowshoe Park bears their name in honour of their contributions to mountaineering.

Plans for a Railroad In 1910 a group of entrepreneurs decided to build a railroad to the summit to make the mountain more accessible. However, due to steel shortages in World War I, the railroad was never built.
Tyee Ski Club In 1929, the Tyee Ski Club was formed, which is now one of the oldest ski clubs in Canada. By the mid-1930s, the mountain had its first rope tow. Since then, organized skiing and ski racing have flourished at Grouse Mountain.
VIP Visit On September 2nd of 1929, Grouse Mountain was proud to host Winston Churchill for dinner in the original chalet. Britain’s most famous statesman and beloved Prime Minister was England’s Chancellor of the Exchequer at the time of his visit. He was in Vancouver to open New Westminster’s exhibition. Sir Winston Churchill visited Grouse Mountain accompanied by his son Randolph and his brother Jack.
Cabin at The Cut The cabin area at the base of The Cut has a long history. It began with Vancouverites who found it an easier place to live than the city during the Great Depression, and it was the proposed terminus of yet another inclined railway in 1939. World War II and another steel shortage ended this attempt, which had actually progressed to the construction stage, even though the tracks were half steel and half wood.
The World's First Double Chairlift In 1949, the world's first double chairlift was built, replacing a two to three hour hike from the skiers' bus stop at the base of the mountain. This confirmed Grouse Mountain's reputation as a leader. The first chairlift for The Cut was built in 1951 and, for the first time, skiers and visitors could reach the mountain in a two-stage trip. The Peak of Vancouver soon became a hub for the international jet set, drawn to dining and dancing in the original Grouse Mountain Chalet. In 1965, the Grouse Mountain Snow School opened, drawing upon an already well-established history of skiing, ski clubs, and world champion skiers. 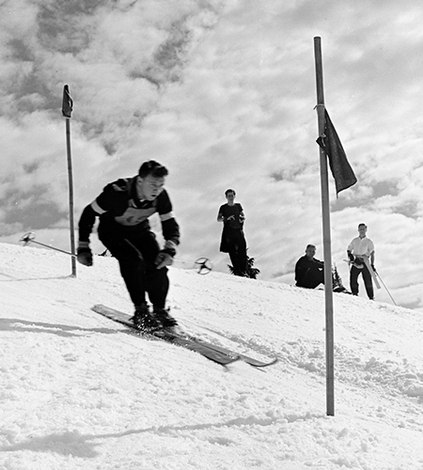 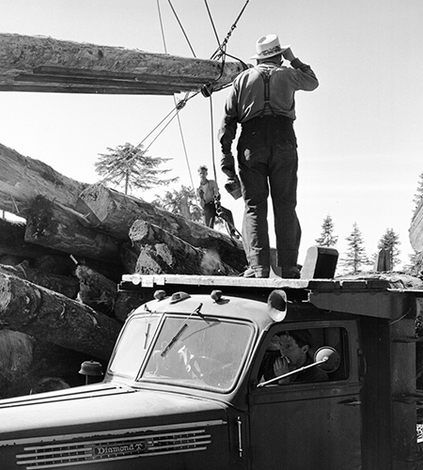 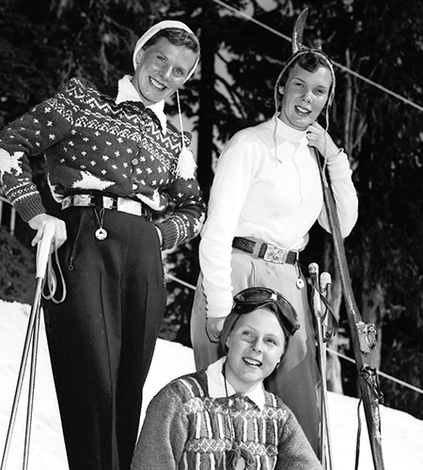 The Skyride Opens On December 15, 1966, the 45 passenger Grouse Mountain Skyride was opened and dedicated by Premier W.A.C. Bennett. A new mountain station with two restaurants, gift shops and other facilities accompanied the opening of the Skyride, as did a new valley station complete with 1,000 paved parking spots. Other accomplishments included building Canada's largest snowmaking system, completed in 1973.

Since 1990, $25M in renovations have been undertaken, merging Grouse Mountain's rich history with the latest in modern recreational technology and convenience. Among the developments:
Close