View More
Today we bid Grinder and Coola, our two resident Grizzly Bears, a fond winter sleep as they officially enter their 2019/2020 hibernation period.
For the past couple of months they have been preparing for this day - they entered hyperphagia (which literally means pigging out!) and started to eat more and more food in early September and as the weather grew colder they brought in the branches and straw we had provided for them and they made a mattress inside their sleeping chamber.  Coola did most of the work, as usual, but Grinder made sure to supervise and make sure it was up to his standards!  Just before hibernation Grinder weighed in at 930lbs and Coola at a massive 1050lbs!
Both bears have not been seen outside for the past few days and are spending all of their time in the sleeping area.  You can now see the bears asleep on their bed by going to our infrared hibernation camera inside their den at: https://www.grousemountain.com/web-cams/bear-den-cam .  The best way to see any daily activity is to select the daily time lapse option in the upper right corner.
Did you know that the state Grinder and Coola are in actually isn't true hibernation?  Even though we still call it such what the bears are doing is officially 'winter dormancy'.  Unlike a true hibernator such as a bat or small ground squirrel, the bears heart rate and body temperatures do not drop to the same extremes and every day we see movements that can range from a simple rolling over in their sleep to a full on leave-the-den sleepwalk.  It is thought that these movements during the winter dormancy help the bears keep their bones and muscles strong so they don't need to go through any grizzly 'physiotherapy' in the springtime when they wake up.  Also, in the wild if something threatened their den such as an avalanche or other issue the bears could relocate to a back-up den they may know about nearby.
Be sure to follow along by watching the daily time lapse to see just how much (or how little during the coldest parts of the winter) Grinder and Coola move about!
See you in the spring boys! 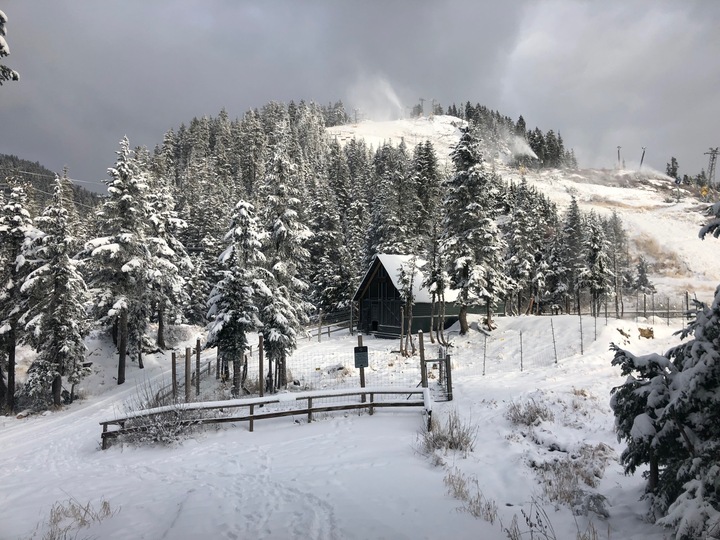 Grouse Mountain Skyride online reservation system is no longer in use.  Visit our News Page for more info. Masks will continue to be mandatory on the Skyride.