A history of giving

Throughout our nearly 90-year history, Grouse Mountain has recognized the importance of cultivating the next generation of skiers and riders while working to ensure the mountain is accessible for all who wish to hit the slopes.

Dating back to a time when mountain enthusiasts had to hike the mountain on foot to enjoy their favourite pastime, the Grouse Mountain Tyee Ski Club has existed in its current form since the Grouse Mountain Ski Club and Tyee Ski Runners merged in the 1950s after operating independently of one another since the early 20th century. With a rich, colourful history that is as much about the off-snow escapades as those on it, tales from the early days of the Tyee are the stuff of local legend and lend a certain aura of adventure to Vancouver’s oldest ski destination. The earliest pioneers at the Peak of Vancouver were trailblazers in the truest sense of the word and their contributions to Grouse Mountain culture cannot go unmentioned.

As the largest of its kind in British Columbia, the Grouse Mountain Tyee Ski Club has a storied history of developing some of the best homegrown alpine talent in the country, including the likes of Olympic gold medallist Ross Rebagliati and Georgia Simmerling, a North Vancouver native who has twice represented Canada in alpine skiing and ski cross in the Winter Olympics.

Grouse Mountain has also been the training grounds for other Canadian legends including Olympian Mike Janyk who grew up on the North Shore and ultimately won two key races at the Peak of Vancouver in 1998 that would set him on the path to stardom.

In 1970, French Olympian and World Cup champion Jean-Claude Killy was on-hand to dedicate the original Peak Chair and gave his nod of approval for a World Cup event that March – the first North Shore mountain to be awarded the prestigious honour. Ultimately, Grouse Mountain would host another World Cup event in 1988. 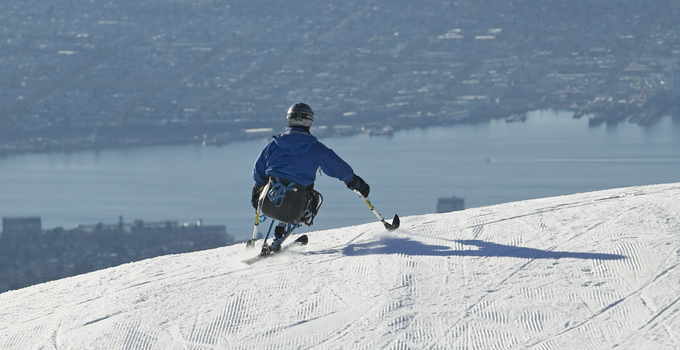 Since 1974, Grouse Mountain has proudly been home to Vancouver Adaptive Snow Sports, an acclaimed registered non-profit society that runs skiing and snowboarding programs for persons with a disability. Operated by a dedicated group of volunteers including an active Board of Directors, program coordinators, instructors and administrators, VASS welcomes students of all ages and abilities while utilizing adaptive equipment and specialized teaching techniques to maximize a person’s independence on the snow. If you pop over to The Cut on any given day during our snow season, you just might see VASS members doing a wide range of activities which include sit-ski, stand-up skiing and advanced adaptive ski racing. 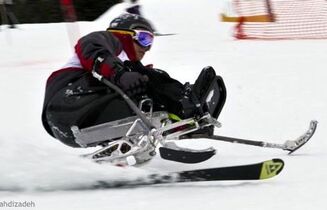 Every year, VASS’ annual fundraiser, the VASS Cup Challenge, is hosted at Grouse Mountain, allowing members of the public to compete in a fun, professionally timed and executed ski race with a student from the VASS program.
Are you interested in learning more about how Grouse Mountain gives back to our local snow sports community? Please contact our Communications Manager Julia Grant here.
Close