View More
When Grouse Mountain operations staff arrived at work this morning, they were greeted with snow! Overnight Grouse Mountain received its first snowfall of the 2017/18 season on the Mountain's upper slopes.
"This is the early going, and freezing levels are moving around a lot. As we look toward the remainder of the week and into next week, we do expect to see additional snowfall", says Grant Wahl, Director of Mountain Operations.
The forecast for this winter looks very favourable for skiers and riders. La Niña  is the dominant system, and La Niña seasons have typically meant colder than average temperatures and abundant snowfall.
Last year Grouse Mountain came very close to breaking historical snowfall records. With an early start, and a great forecast, this may be a year for the record books. 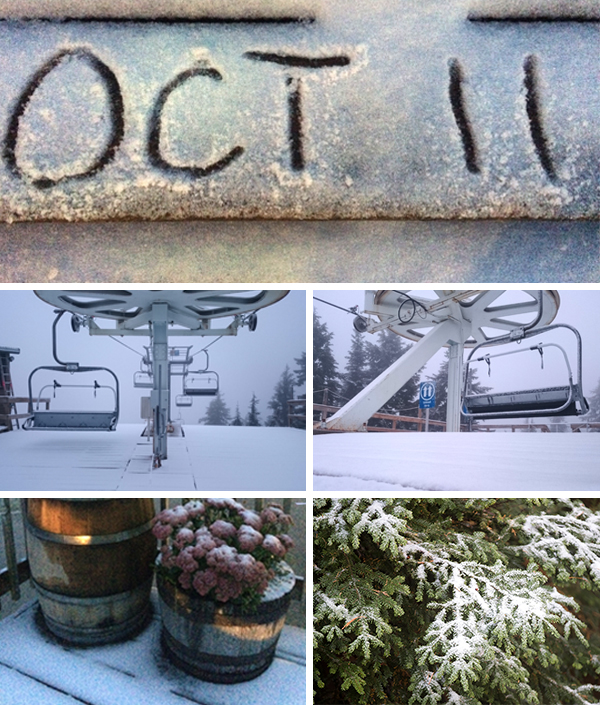