Please note that Grouse Mountain will be closed for scheduled annual maintenance from October 11-28. There will be no access to the Skyride and mountaintop facilities or activities during this time.
For information on activity status and dining options, please check Today on Grouse. 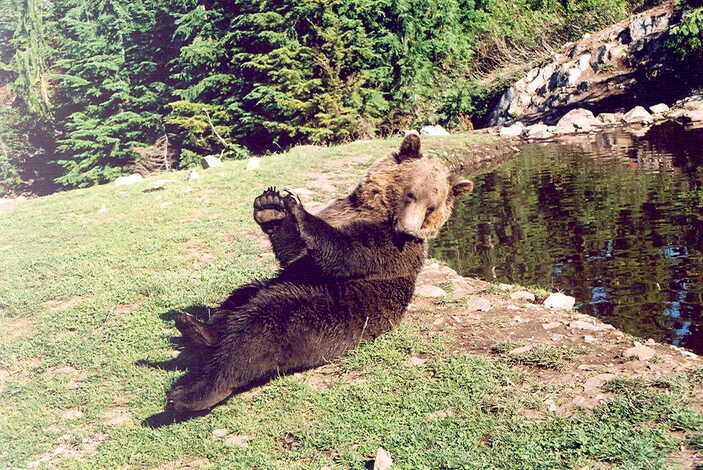 January each year marks another birthday for both of our two bears Grinder, and Coola as all young grizzly bear cubs are born inside the den in the early winter months. Female Grizzlies will give birth to one to three cubs inside the den as a protective measure to allow the young bears a chance to nurse and grow before heading out into the world. And therefore sometime in January 2001 both Grinder and Coola were born! Later, in May of that year, they were rescued when they were orphaned in the wild and in September 2001 they were brought to the Grouse Mountain Refuge For Endangered Wildlife which they still inhabit to this day! This year marks their 20th birthday - or should we say... bearthday?  Have a great 20th boys!

Coola was found near the town of Bella Coola on the BC Coast.  Bella sounded a bit too feminine for a male bear so he was dubbed Coola.  He was found next to his mother, who had unfortunately been struck and killed by a large vehicle.  Conservation officers that were called to the scene managed to rescue Coola and bring him in to a local Veterinarian's office where he was determined to be in great shape - his mother had been looking out for him quite well up until that fateful day. 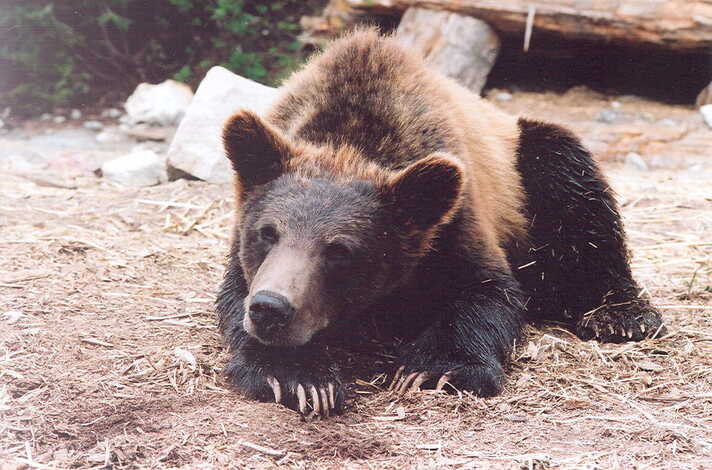 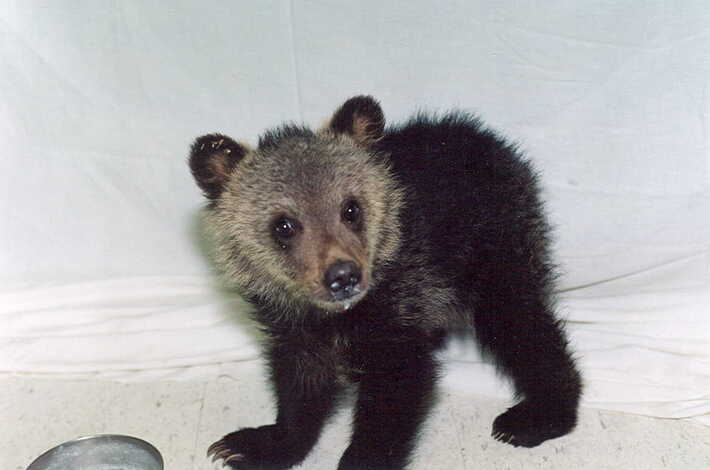 Grinder was found near the town of Invermere in the BC Rocky Mountain range close to the border with Alberta.  He was found on a forestry service road by some forestry workers.  They encountered an emaciated, dehydrated young cub who was very weak.  They scooped him up in their jackets and brought him in to a Veterinarian's office in town where he was rehydrated and was soon gaining weight like crazy.  We never did find out what happened to his mother but occasionally young cubs are separated from the mother by aggressive adult male bears or if the mother gets into trouble on roadways or railways.

Both bears arrived at the Grouse Mountain Refuge for Endangered Wildlife in September of 2001 since there was no Grizzly Bear rehabilitation and release program going on in BC at the time and often young cubs were being humanly euthanized since without their mothers they have no chance for survival in the wild.  Grouse Mountain offered them a 5.5 acre natural habitat and a second chance at life.  On the flip side, Grinder and Coola offered us a chance to study young Grizzly Bear cubs and figure out what they know instinctually and what is learned behavior from their mothers.  This important information was gathered as they grew up here and we hope to use it to help futured orphaned bear cubs. 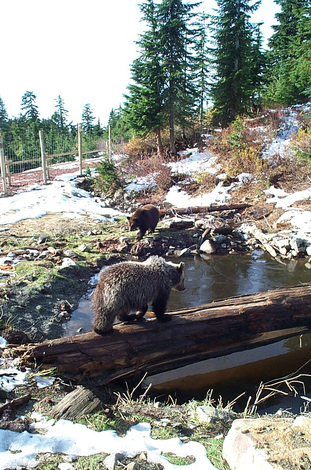 Today Grinder and Coola are 20 years old (hopefully only middle aged for bears that are in human care!) and living a pretty good life season to season.  Currently we're in the wintertime and they are both in their hibernation den.  You can check out their infrared webcam here to see what they are up to and watch for daily movements that help keep their muscles and bones healthy.
We anticipate the bears waking up sometime in April and we'll start our 2021 summer season - maybe with a 20th bearthday cake!?
If you get a chance to visit Grouse Mountain please stop by our refuge and say hi to Grinder and Coola and chat with our ranger staff to learn more. 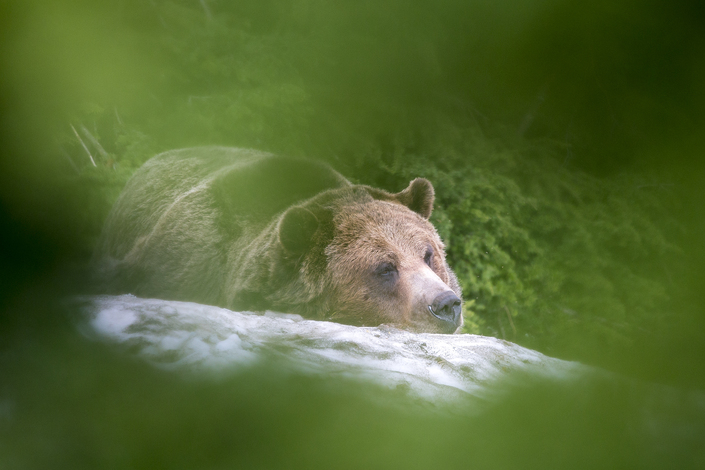 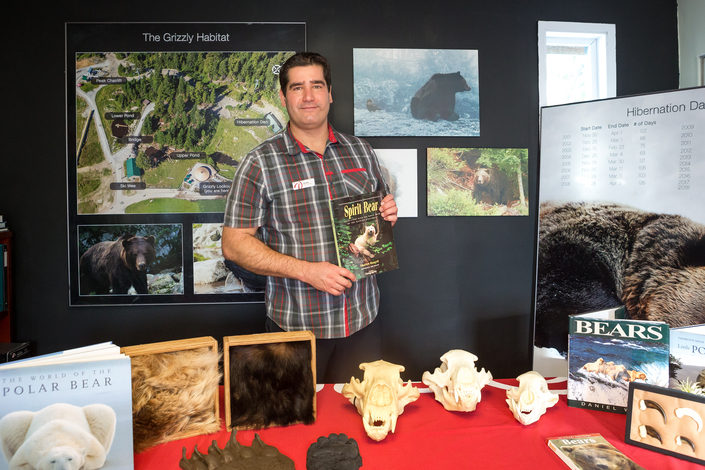 This year we're pleased to offer a brand new educational opportunity to spread the love and knowledge of bears.  School Classrooms can book a virtual fieldtrip to our online bear classroom (an Owl one is also available!) where Devin Manky, our Wildlife Manager for the past 15 years, will tell you more about Grinder and Coola and what we have learned from them over the years - along with some pretty fun bear stories!  In addition we cover topics of habitat, diet, adaptions and conservation on all three of the North American bear species (black bears, polar bears and grizzly bears).