Please be aware that Altitudes Bistro will be opening later, December 4th, 2022  at 5pm. For information on activity status and dining options, please check Today on Grouse.

View More
A little while ago we brought news that our Barn Swallow Web Camera was not going to work as planned this year.  This was because instead of using the nest that the camera was focused on, the Barn Swallows decided to literally 'nest on camera' and built a nest right on top of our webcam!!!
They built the nest really quickly (out of mud and spit!) and shortly thereafter they laid five eggs.  Both the male and the female took turns incubating the eggs and after approximately 14 days the eggs hatched!
We then watched as the parents took turns bringing food in for the  young.  Baby birds are voracious eaters so it took a lot of effort and insect hunting on the parent's behalf to keep up with the demand from the young!
After hatching, the birds enter a stage of rapid growth from nestling (mostly naked) to fledgling (all feathered) over the next three weeks.  Then it's time for practice flights!
The birds left the nest just over a week ago now and have been practicing flying and building their strength for migration.
Adult Barn swallows, even unrelated ones, help the young birds fly more easily and will even take turns providing them with some food since they aren't the best hunters yet!
Sadly we're about to say goodbye to the Barn Swallows on Grouse Mountain for 2016 as they are getting ready to migrate.  They will first head down to a large flock gathering spot, out near the coast, and then from there begin the long journey south.  Barn Swallows spend the winter in Central and South America.  Now doesn't that sound like a good idea? 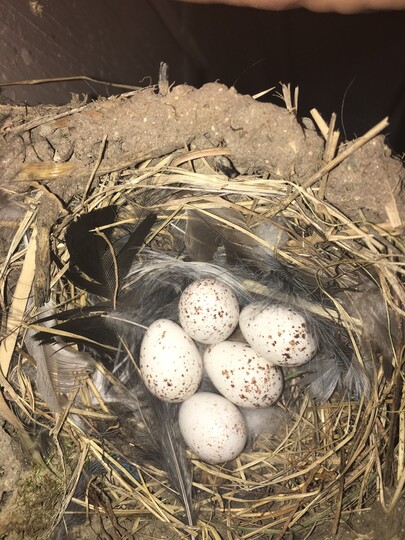 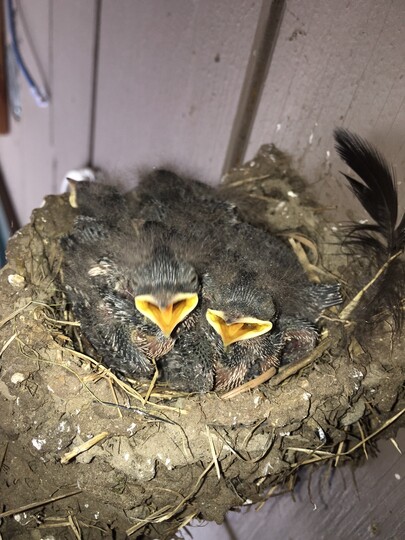 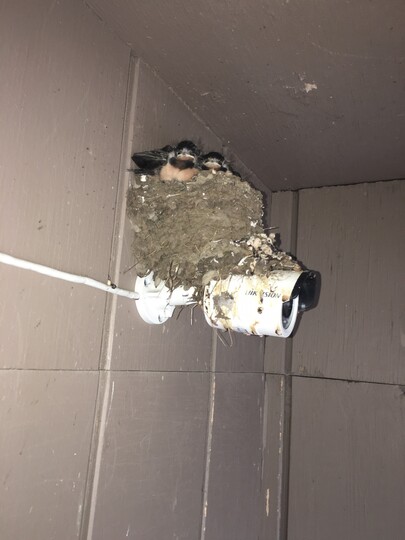 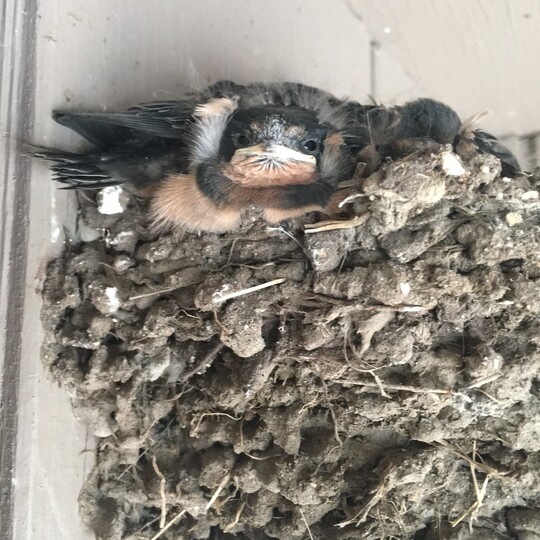