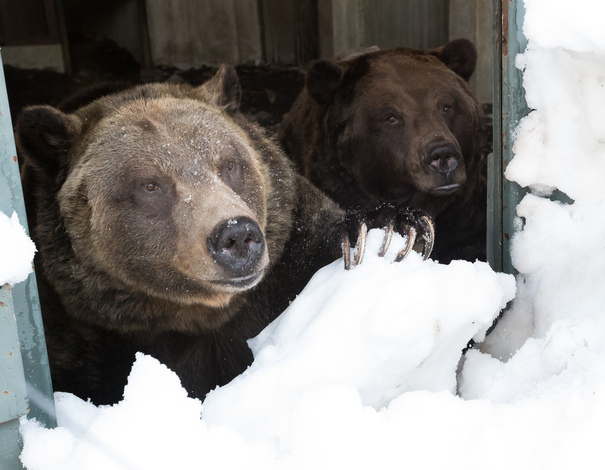 Grinder and coola emerge from hibernation

Today, April 2nd, marked the end to Grinder and Coola's 18th Hibernation season at the Grouse Mountain Refuge for Endangered Wildlife.  They had gone into hibernation on December 1st, 2018 for a total of 128 days inside their den.  Both bears were eager to emerge from their hibernation den and quickly dug through the last remaining snow in front of their doorway.
As usual, Grinder emerged first but was quickly followed by Coola.  Once out they went straight for their first food of the year in the form of Romaine lettuce heads.  The lettuce imitates the fresh emerging greens that bears would be finding in the wild as they wake from hibernation.  The moist vegetable helps clear their digestive system and prepare it for denser foods in the near future.
After the food, both bears had some play wrestling sessions followed by a quick nap.  As they haven't exactly been working out over the winter it will take some good work out play sessions to get their cardio back in shape!
Of special note Grinder went onto the bear scale and weighed in at 764lbs for a loss of about 140 lbs during the winter.  Both bears still have body fat on them and this is not unusual as bears will emerge with some fat to tide them over until food is more plentiful.  We expect the bears will trim up in the weeks to come.
Grinder and Coola can now be visited at their habitat by following the signs in front of the Grouse Mountain Chalet.  We hope you can visit them soon!  See below for more photos from this morning. 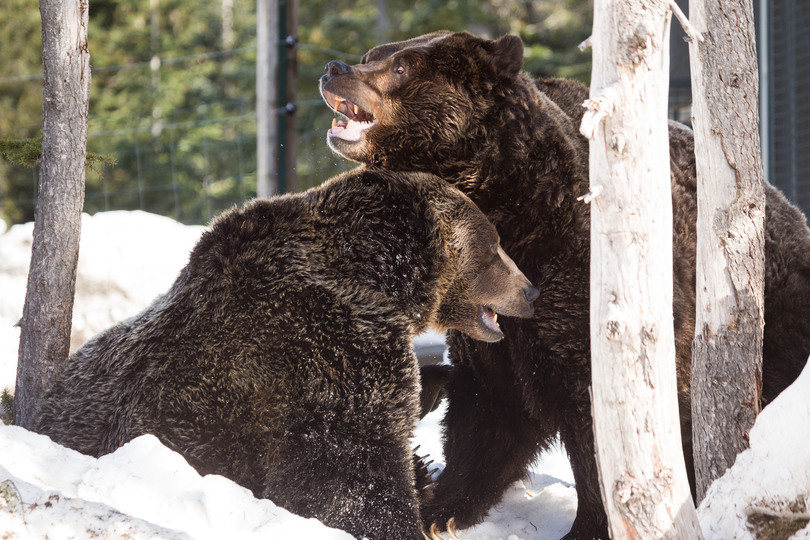 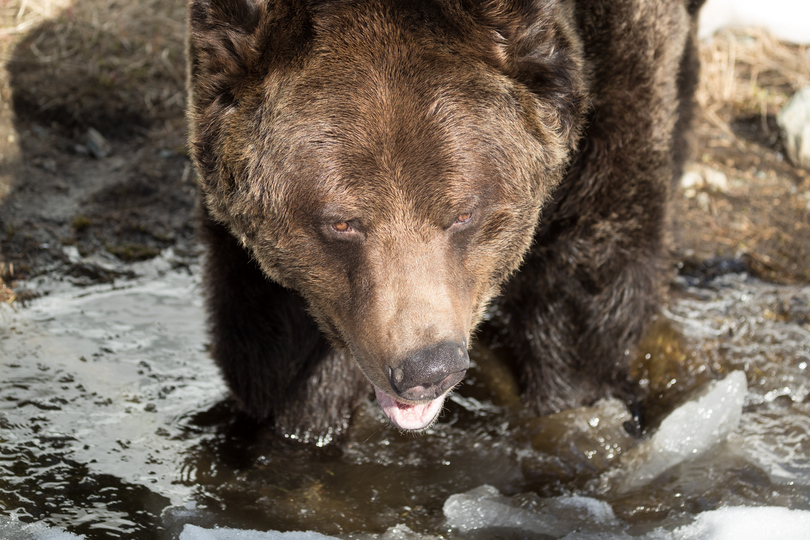 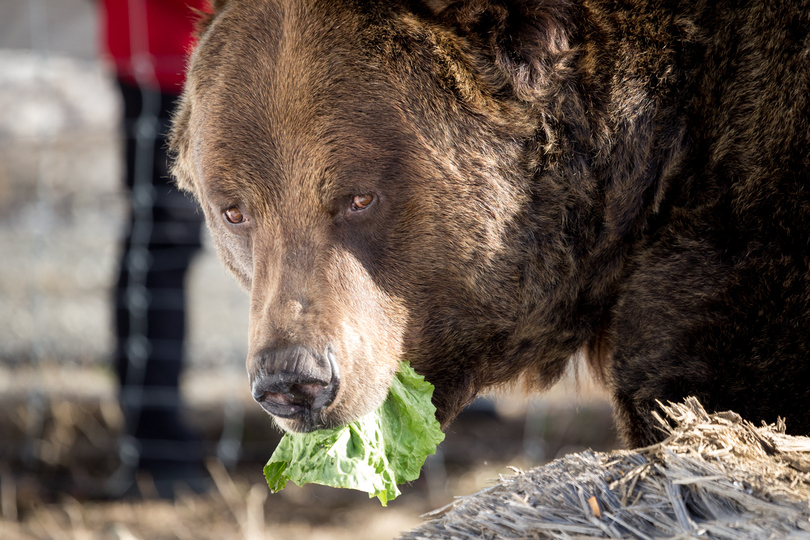 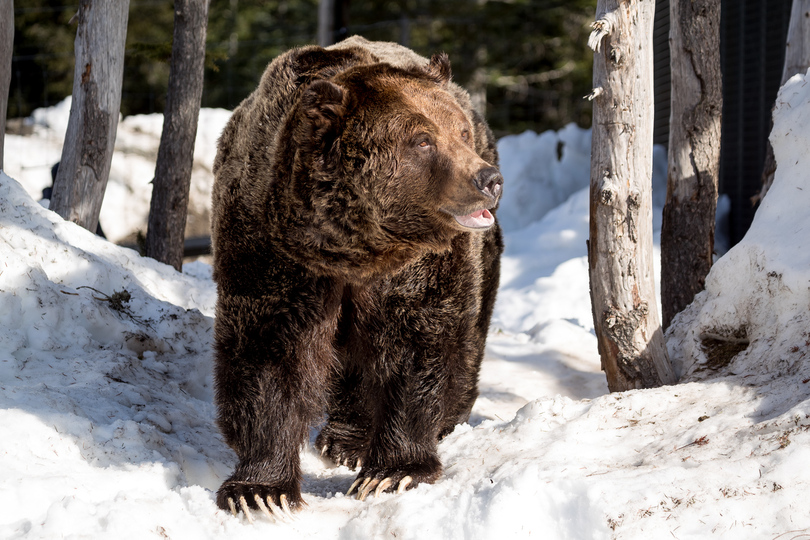 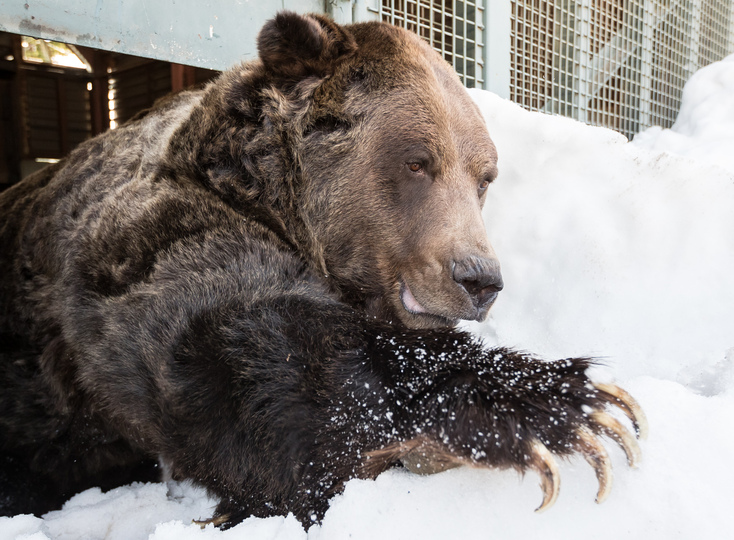 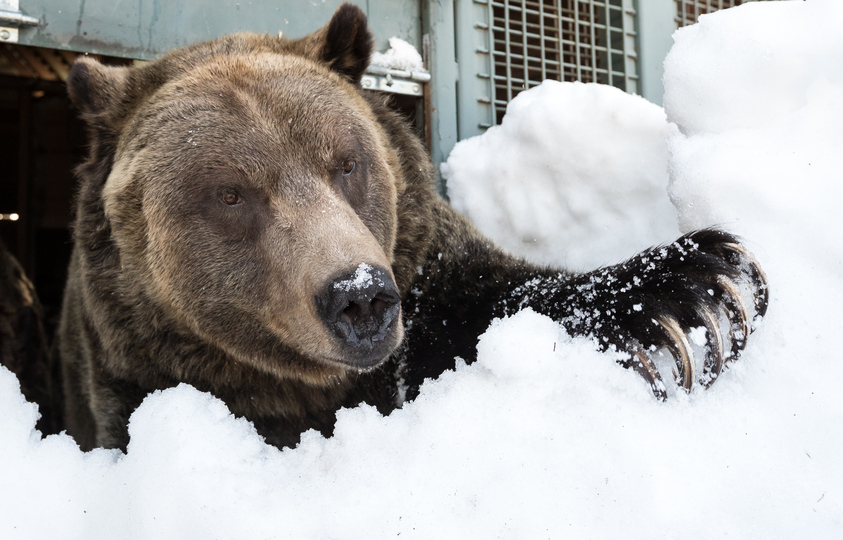