Grinder and Coola, our two resident grizzly bears, have started their weight gain for the winter.  As of about mid-September our bears have officially been in hyperphagia - a fancy Greek word literally meaning over-eating. This is a physiological state they enter in the fall where they become fixated on finding as much food as they can to put on the pounds before the cold months of winter hit.
For the summertime, the bears were eating about 10 lbs per bear per day made up of mostly fruits and vegetables.  As we've moved into September that has steadily increased and now we are at about 20 lbs per bear per day.  This will still increase a little more over the next couple of weeks.
When they emerged from hibernation back in April, Coola weighed in at 850 lbs and Grinder was a low 727 lbs.  This morning Grinder weighed in at 836 lbs and Coola at 986 lbs.  They each still have about 100 lbs more to gain as we approach November.  By mid-November the weight gain should be complete and the bears will be at their true hibernation weight and ready for the winter. 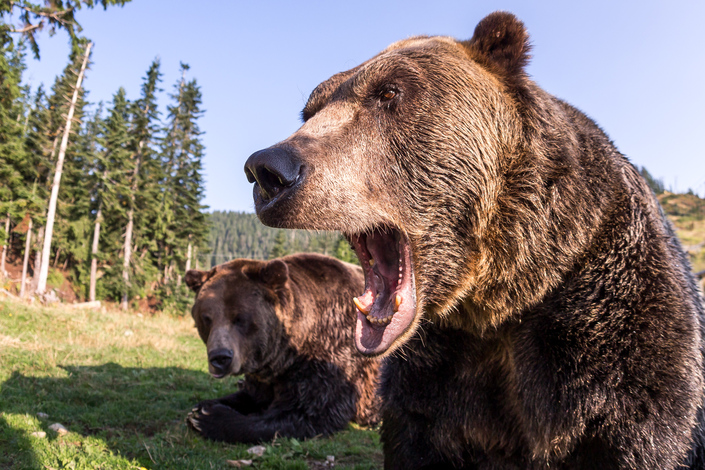 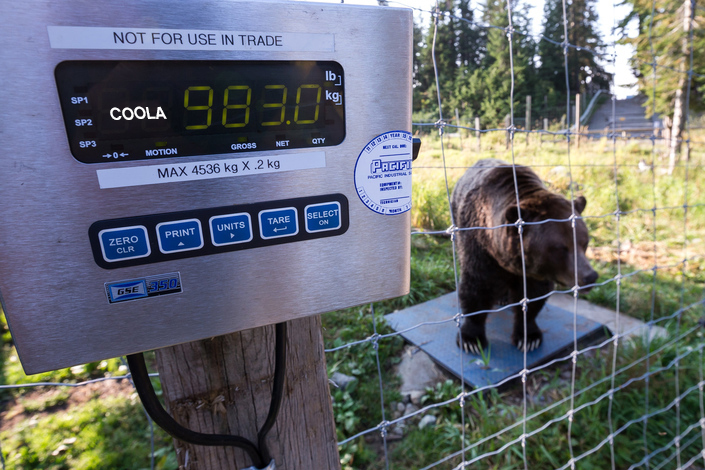 If you would like to see some bears fattening up in the wild then check out the bears of Katmai National Park - they are holding their annual "Fat Bear Week" where you can watch the bears fishing on the streams and vote for your favourite fat bear!
Check it out here 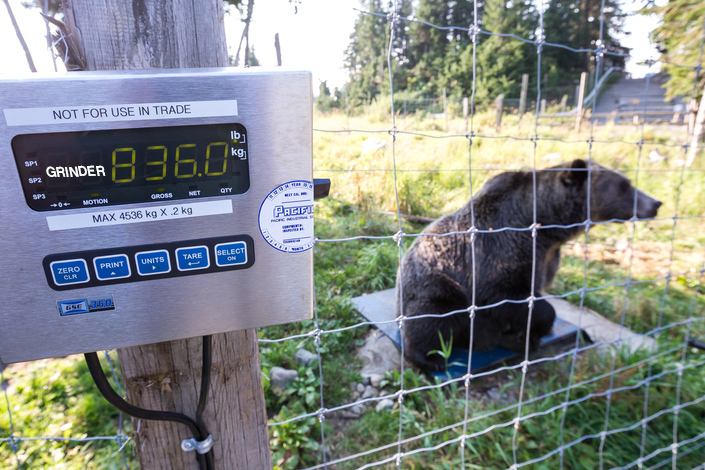 Need for protein and fats

Grinder and Coola's diet changes from the summertime when they are mostly focused on fruits and vegetables to the fall and hyperphagia when they will have a craving for proteins and fats.  We see them start to avoid the vegetables and go straight for the protein-rich dog kibble.  We also feed them salmon every day or every other day to help with their preparations. 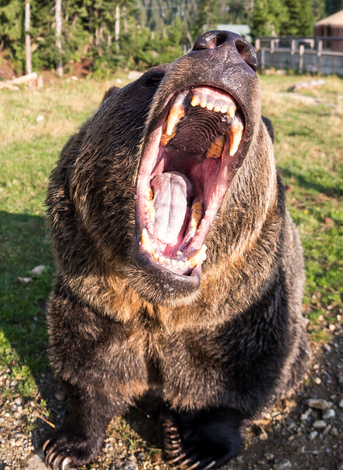 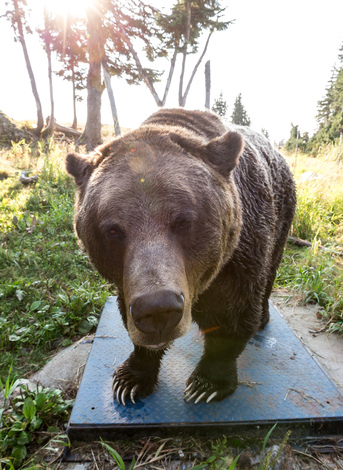