View More
Today marks the 18th Anniversary of the arrival of Grinder and Coola, our two resident Grizzly Bears, at the Grouse Mountain Refuge for Endangered Wildlife.  Both bears were found orphaned in the wild in the late spring of 2001 - Coola was found near the coastal town of Bella Coola after his mother was struck and killed by a truck on a roadway - Grinder was found near the south eastern Rocky Mountain town of Invermere.  He was found wandering all alone on a logging road.
Back then there was no Grizzly Bear rehabilitation happening and young cubs were often euthanized.  Grouse Mountain heard about these particular two cubs and decided to intervene and offer them a 5 acre natural mountain habitat here in North Vancouver.  The goal was to learn what grizzly cubs knew instinctively and what mother would teach them so that we could develop a rehabilitation and release protocol for future orphaned cubs.
Both bears had to live on acreage in the Fraser Valley while they waited for the habitats to be constructed on Grouse Mountain and then on September 5th, 2001 the boys arrived at their new home.
There was a lot of tepid exploring at first but they quickly settled in and never looked back!  Today the bears are at home in their environment and can often be spotted swimming in their ponds, frolicking on their fields or just having a bear nap up in the woods.
We hope that many of you have had the chance to visit them over the years and have seen them grow and develop here.  We'd love to hear your stories! 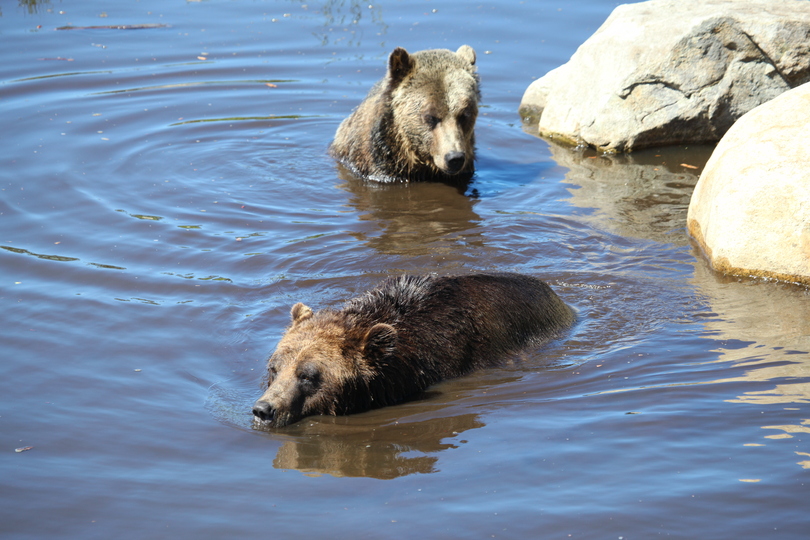 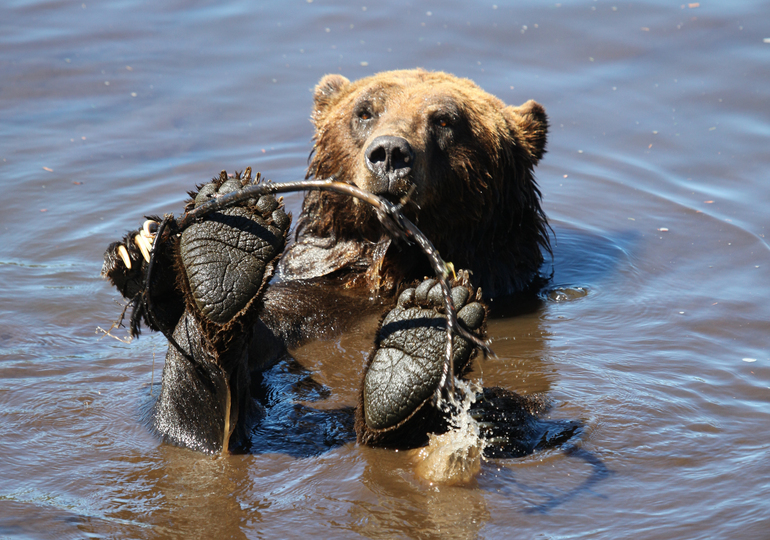