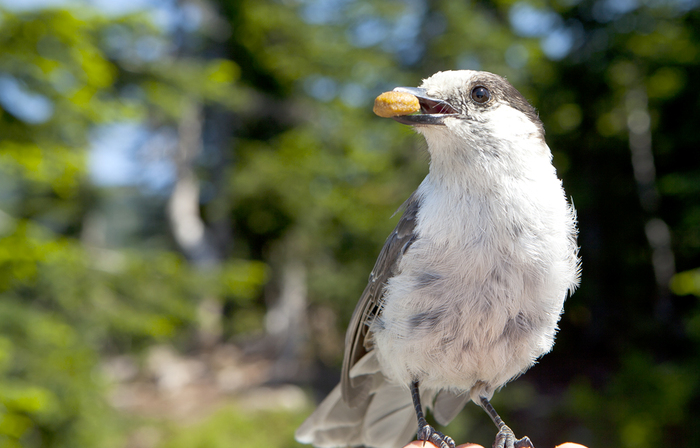 View More
Every morning this summer when we head out to check on Grinder and Coola in the Grizzly Bear Habitat we are greeted with a familiar call as the Gray Jays that are living around the habitat come over to see if we are going to drop any food when we feed the Grizzly Bears.
Gray Jays, or Whiskey Jacks as they are commonly referred to, often hang around areas of high human traffic since they have learned that where there are humans, there is usually food.  There other moniker, camp robber, is very appropriate as they are known to wait for unsuspecting humans to set-up a campsite and then when backs are turned they will raid the food supplies, even going right into backpacks to get a snack.
Gray Jays are members of the Corvidae family of birds which includes Crows, Steller's Jays, Blue Jays and Ravens.  But unlike many of these species, Gray Jays inhabit Sub-alpine forests and Alpine areas as well and will live in these areas year round.
As we've seen here at the refuge, Gray Jays are known hoarders and food cachers.  The Jays at our bear habitat will spend most of the day going back and forth with stolen bear food - caching it for later in the year when food supplies are not as easy to come by.  They are 'scatter hoarders' in that they cache food items above the snow line and in many different locations.  This way, even if one cache is stolen, goes bad or has some other calamity there will still be plenty of food for tight times.
Watch for these cheeky birds next time you are visiting with Grinder and Coola.
Speaking of Coola - here's a shot of him from yesterday.  He's looking very regal isn't he? 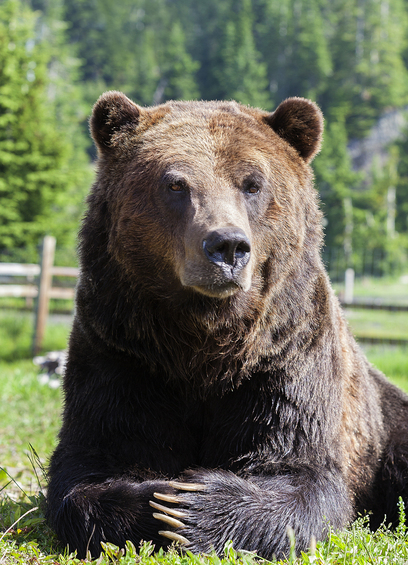