View More
Over the last few days we've been seeing quite a few Ten-lined June Beetle's hanging around the mountain top.  These cool looking, large scarab beetles (growing up to 1.25 inches in length) live in the Western United States and Canada.
They have versatile antennae that can spread out to detect pheromones but retract when more discretion and camouflage is necessary.  They may emit a 'hissing' noise when touched or threatened but this is simply  a noise made by pushing air out between their wings and back.  June Beetles do not bite.
They begin their life as larvae living in sandy soil and then in May they pupate and by June and July they emerge as fully grown adults.  The larvae are an important food source for many birds, while the adults are preyed upon by bats and owls.  The adult beetles feed on plants but do not permanently damage them.
The attached photographs were taken yesterday and all beetle models were released unharmed!
Be sure to keep an eye out for these neat looking insects over the next couple of months. 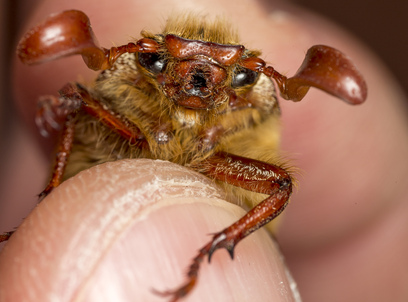 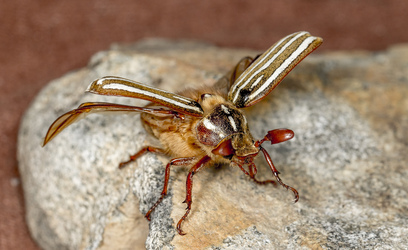 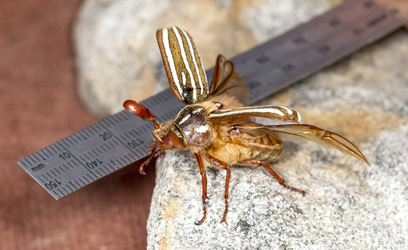