View More
A couple weeks ago we were introduced to Murphy, the newest member of our Birds in Motion flying team.  Murphy is a young Gyrfalcon (Falco rusticolus) cross who is quickly becoming a star of the demo!
Gyrfalcons can be found all around the upper Northern Hemisphere along coastlines and islands around the world during breeding season and they are the official bird of Canada's Northwest Territories.  During the winter, however, they can be seen further south, including the rare sighting around Vancouver.
They are the largest of the falcon species with large females weighing up to 5 lbs.  They also can be found in a variety of plumage colours ranging from brown/black to white.  Murphy is a beauty with white feathers with dark lines and accents.
Gyr's hunt in typical falcon fashion preferring to take Arctic Grouse and other arctic marine birds out of the air and killing/consuming them on the ground.  Unlike the diving stoop of the Peregrine Falcon the Gyr's hunting tactic is usually to come in fast and low from behind, surprising its prey.  They will also hunt small ground mammals if the opportunity arises.
Our Birds in Motion demonstrations run daily until September 15th - be sure to come up and see Murphy and all the other members of team fly before they head off hill for the winter! 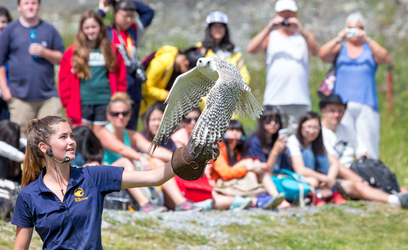 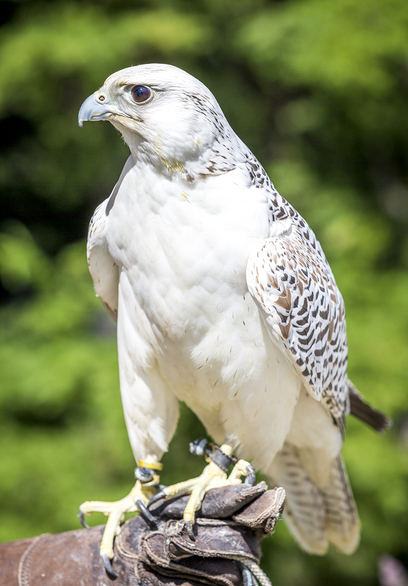 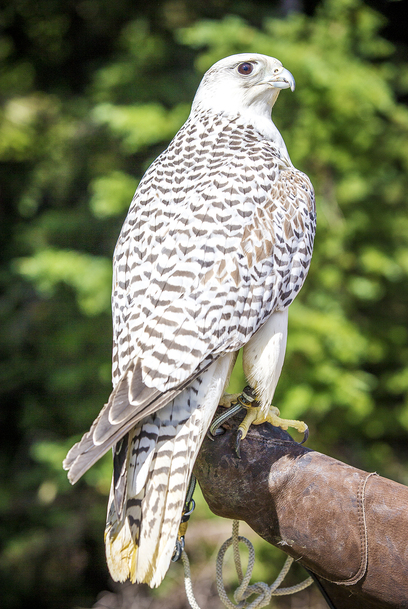 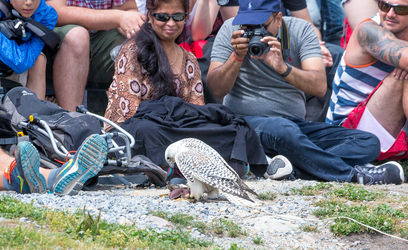