View More
Every year we see a few families of Sooty Grouse hanging around the hill.  These birds are the namesake of Grouse Mt. The first settlers of the area would hike into the North Shore Mountains, including Grouse, to hunt these birds for sustenance and hence our mountain was named.
Nowadays there is no hunting on the North Shore so these birds have a relatively safe haven here on top of the mountain - of course there are still natural predators such as cats (cougar, bobcat, lynx), coyotes and birds of prey.
Until recently, this species along with Dusky Grouse was considered to be one species called Blue Grouse.  It was decided, however, that the two species were distinct enough to split into two and therefore there is no such thing as a Blue Grouse anymore.  The Dusky Grouse are interior birds while the Sooty Grouse inhabit the coastal mountains here.
Sooty Grouse are large, stocky birds not unlike other game birds.  They are one of the largest Grouse in the world!
Male Sooty Grouse can be heard singing in the spring - they find themselves a tall tree, go near the top and send out a booming call to attract females, whom they then try to further impress with a short powerful flight.  After mating, the females leave the males territory to raise the chicks on their own.
Grouse chicks are born with soft fluffy body feathers and shortly after hatching can follow their mother around.  They then forage on grasses, berries and budding leaves both on the ground and in shrubs and trees.  We've seen families of 8-10 up here wandering around!  Always very fun to watch.
I encourage you to come up Grouse in the next few weeks and spend some time walking around our plateau area - you are sure to see some of these curious birds nibbling away on the grasses.
Here's some photos taken yesterday! 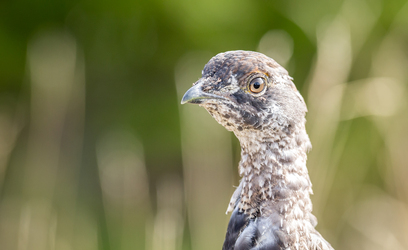 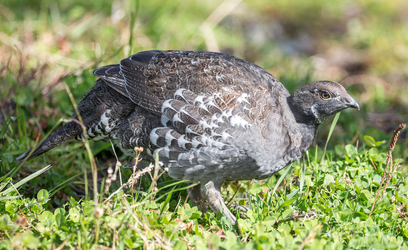 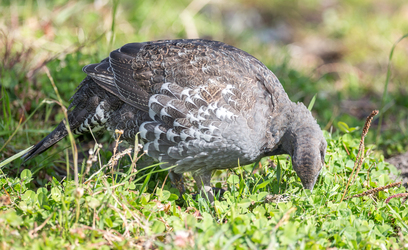 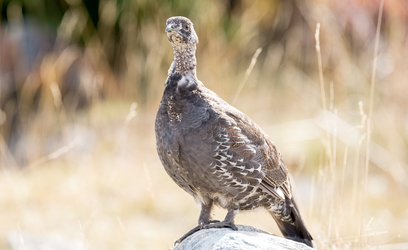 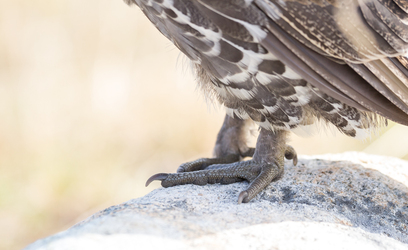