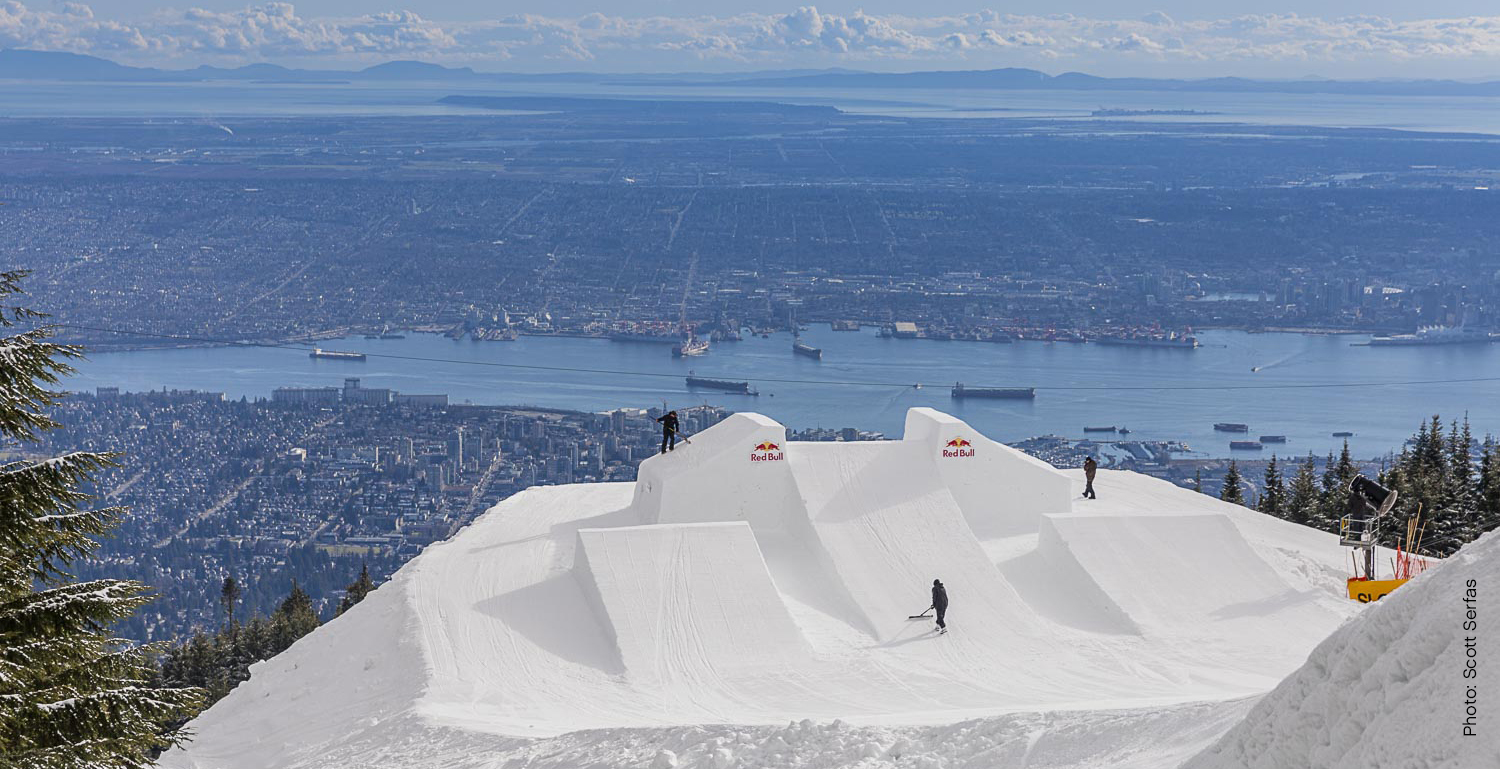 View More
The week of February 20th, Grouse Mountain played host to a week-long innovation session for some of the world's top snowboarders. Mark McMorris (CAN), Seb Toutant AKA Seb Toots (CAN), Craig McMorris (CAN), Mickey Ciccarelli (CAN), Tyler Nicholson (CAN), Scotty James (AUS) and Yuki Kadono (JPN) took on a custom-built course designed to allow ultimate innovation and creativity beyond what’s traditionally defined as progression in snowboarding.
Nearing 20 years since its inaugural inclusion in the Olympics, the sport of snowboarding has evolved towards the direction of increased flips and spins. Super-sized elements and high-speed aerials at competitions have distracted from the origins of the winter sport. “Progression in snowboarding really requires unique terrain that challenges your abilities and technical skills,” Mark explained, “Athletes are not seeking the biggest air, but the most dynamic terrain that will force them to step up their game”.
Through collaboration with our Grouse Parks team, the Red Bull Uncorked course concept dreamed up by Seb and Mark was brought to reality. The idea that began during a late night brainstorm session required over 260 hours to become the visually stunning elite terrain located on The Cut, overlooking the City. Work on the course took place over a two-week period leading up to the athletes’ arrival.
The course begins with an urban-inspired section including a 10-foot shipping container and two custom-built rails before leading into a rolling knuckle and two unique jump features before concluding with a long transfer rail. Seb emphasized, “The course is meant to focus on technicality over size, which is why we added things like a gap in the takeoff of a jump.” Elements on the course are designed to challenge the riders’ creativity by allowing them to experiment on features not found within traditional slopestyle courses.
The result of the project is a 3-minute action clip entitled Red Bull Uncorked highlighting the best moments of these athletes hitting the custom playground.