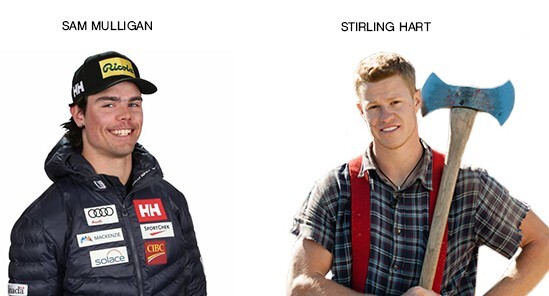 View More
Great news! Two accomplished athletes, who are part of the Grouse Mountain family, recently took their sporting fame to the next level.   Alpine Canada announced its nominations for the Canadian Ski Teams for the 2018-19 season in the middle of May, and former Grouse Mountain Tyee Ski Club racer, Sam Mulligan, was nominated to the World Cup Men Senior team. We’re elated for Sam and hope you’ll join us in wishing him all the best with training and the season ahead.
Stirling Hart, who has performed in the Grouse Mountain World Famous Lumberjack Show for the past 13 years, won the Stihl Timbersports Champions Trophy in Marseille, France May 26/27, 2018. Showcasing both his tremendous skill and physical conditioning, Stirling won handily in the gold medal final. Congratulations go out to Stirling on this terrific accomplishment.