Grouse Mountain is excited to introduce Grizzly Amber Ale. Brewed exclusively for Grouse Mountain by our friends at Granville Island Brewing, this new beer celebrates the 20th anniversary of Grinder and Coola’s arrival at the Grouse Mountain Refuge for Endangered Wildlife.
In addition to celebrating Grouse Mountain’s two resident grizzlies, partial proceeds from the sale of the new beer will be donated to The Grizzly Bear Foundation to support conservation of grizzlies in the wild.
Based in Vancouver, The Grizzly Bear Foundation is Canada’s only charity solely dedicated to the long-term welfare of grizzly bears. It supports the conservation of grizzlies through research and public education.
Grizzly Amber Ale is available on tap at Altitudes Bistro. 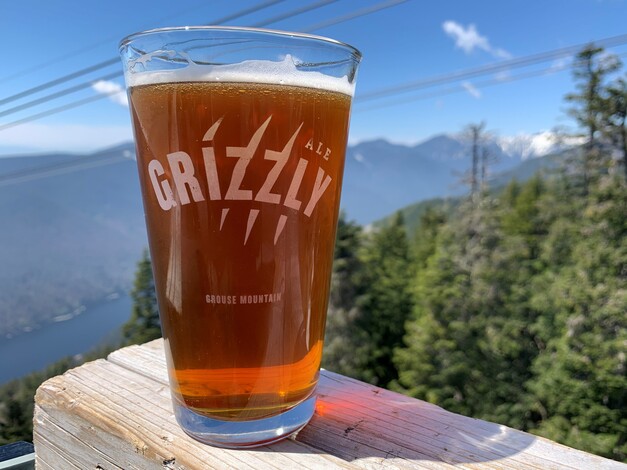